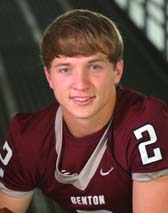 Drew Harris was the new kid in town at the start of the 2014-2015 season – his senior year. Having been a standout quarterback for the 3A Lincoln Wolves; he was soon thrust into new territory when he took the field for the first time in the 6A conference as a Benton Panther. But Drew didn’t miss a beat as he was moved from his star position as quarterback to inside receiver and ended up playing a total of five different positions on the gridiron – helping lead his new team to their first appearance in a state championship game in 37 years. Drew’s dream to play in college will come true in Arkadelphia this fall when he suits up as a receiver for the Ouachita Baptist University Tigers. 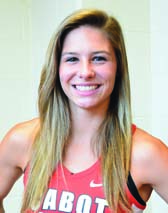 Reaching great heights is something that Lexi knows a few things about. The Senior from Cabot High School is a stand-out pole vaulter who recently broke the national indoor record by clearing 14 feet, two inches at the Meet of Champions. And, she’s quick. The future Razorback also broke the state record in the 400 meters finishing in 56.96 and helped Cabot Lady Panthers to a runner up finish in the 7a meet by competing in the long jump, 100-meter high hurdles, 100 and 200 meter dash and 400 meter and 1,600 meter relay. 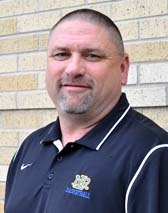 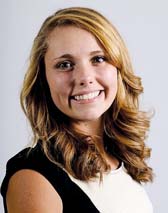 The Hussman Community Award is presented to one of the state’s outstanding athletes who has also worked to better her community. Senior Kendra Dinsmore of Bentonville is being honored by the Hussman family for her involvement in her community and leadership among her peers. Kendra is praised by her peers, teachers and community leaders alike for her selfless acts of giving. 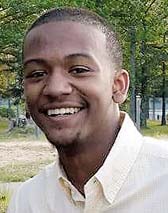 The P.A.R.K Education Award honors one standout athlete who excelled in the classroom. This year’s recipient is Markell Foreman Jr. of Little Rock, who is being recognized for his achievements at Parkview Arts and Science Magnet School, where he graduated in the top 8 percent of his class. He maintained a 4.5 GPA his last semester and will play basketball this fall for Washington University, where he earned both an academic scholarship and an athletic endowment. 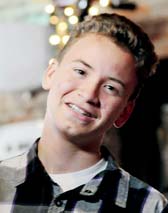 The CHI St. Vincent Health Award highlights one athlete who not only overcame a health challenge or injury, but who did so and inspired his or her team and community and, in this year’s honoree’s case, the entire county. Nate Carter of Hope battled a life-threatening illness called Wegener’s granulomatosis, and throughout his recovery, focused on sports and his desire to play again as a goal to get better. And he did. Nate is in remission and playing football, baseball and basketball.