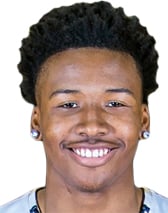 On the football field, basketball court or track, the quiet, humble and unassuming Senior Jonathan Adams dominates the scene. The 6-3, 205-pound athlete showcased his athleticism in not one, not two, but three sports as a Hurricane, playing football and basketball and participating in track. He lit up the scoreboard in football this season, racking up 1,402 yards on 76 receptions for 26 receiving touchdowns. Jonathan was named by the Little Rock Touchdown Club as the Arkansas High School 6A Player of the Year in 2016. In basketball, he not only defended the opposing team’s No. 1 option most of the time, regardless of position, but he also put up 12.5 points per game and led the team in rebounds with 7.5 boards per game. As if the numbers themselves don’t show Jonathan’s dedication and determination, he led the Hurricanes in charges taken with 31, giving it his all on the court. Jonathan would help lead the Hurricanes to an undefeated 32 and 0 season, Jonesboro High School’s first undefeated season since 1954, and a state title. The team finished the season ranked No. 5 in the nation on the MaxPreps Xcellent 25 list. Jonathan finished the year strong on the track, winning a conference championship in high jump at a height of 6-4, and long jump at 21-11½ feet. He went on to win the state title in the long jump, too, and finish third in the state at the high jump. Jonathan was recruited by Arkansas State University where he will continue to display his athleticism on the football field. 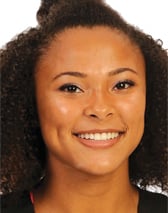 Athletic prowess, coupled with her passion for mentoring younger players and high levels of academic achievement, are just a few of the reasons why Fayetteville High School senior Lauren Holmes is capping off her high school career as the All-Arkansas Preps Female Athlete of the Year. The Lady Bulldog started on the basketball, track and volleyball teams this year – helping lead all three teams to victory at the Class 7A State Championships. Winning her final game in all three sports was a stunning send-off for the multisport athlete. The 18-year-old started in basketball and track all three years of her Fayetteville career, and helped both teams achieve a previous state championship. The Lady Bulldogs basketball team is currently ranked No. 10 in the nation. Lauren was an All-State basketball player for the past two years, and named Most Valuable Player at the Sandra Meadows Classic in Duncanville last December. During her sophomore year, she was the All-Northwest Arkansas Democrat-Gazette Newcomer of the Year in basketball. The all-star player also excels at track and field. She was named the Class 7A State Champion in girls long jump this season. The 5 foot 7, 145-pound athlete holds a personal long jump record of 18-1. She was named the All-Northwest Arkansas Democrat-Gazette Track Athlete of the Year for the third consecutive year this season, and named Newcomer of the Year in track as a freshman. Volleyball was a fairly new sport for Holmes, who joined the school team for the first time her senior year. A team player willing to stretch outside of her comfort zone to fill any role needed to win the game, she worked her way up to a starting position and helped the team snag its championship victory. 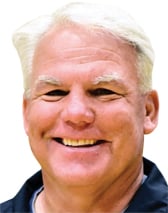 The 2016-2017 All Arkansas Preps Coach of the Year didn’t just bring home one state title this year … he brought home three. State championships are a big accomplishment for local sports programs and for Quitman High School, its championship drought ended in the 2016-2017 school year after Coach Tim Hooten transformed its programs. Hooten has been coaching girls’ cross country, girls’ basketball and girls’ track at Quitman for the last four years and this season, those teams all took home the state 2A championship in their respective sports. This was Hooten’s first year to coach the girls’ track team, which had never been competitive in the past. Hooten was able to turn the team around and produce a state title. Hooten’s ability to help sports programs win championships extends to the basketball court. In the 2013-14 season, the Quitman girls basketball team record was 19-12, the next year the team improved to 23-9 and fell in the first round of the state tournament. In 2015-16, Hooten led the team to a 29-3 record and the team made it to the Class 2A state semifinals. This season, the team’s record was 33-3 and brought home the Class 2A state championship. 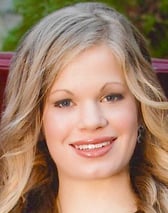 Junior Shelby Worsham is being honored by the Hussman family for her volunteering efforts to help children become empowered through tennis. Shelby has made it her mission to create the Amazing Children Empowered, ACE, though Tennis program, which invites children with all health conditions to be able to play tennis. Shelby has put in more than 150 volunteer hours and she also works with the Susan G. Komen Race for the Cure, the American Heart Association Sweetheart Program and was the 2017 Arkansas Children’s Hospital Stella Boyle Smith Summer Science Scholar Award. 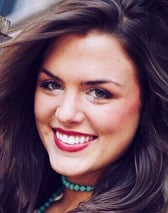 This year’s nominee is senior Annalee Parker, who maintains a 4.12 GPA, excels at basketball and during her senior year, she was a Wendy’s High School Heisman state finalist, winner of the American Volleyball Coaches Association Phenom Award, and an Arkansas High School Coaches Association All Star. Parker gives back to her community through her Marion United Methodist Church youth group. One volunteer activity is called Hope for the Holidays, in which the group delivers at least 100 boxes of food and children’s gifts to local families in need for Christmas. The group also delivers meals to seniors at Thanksgiving. This fall, Parker will focus on her studies as a preveterinary student at the University of Arkansas at Fayetteville. 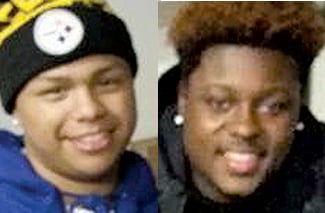 This year’s honorees are North Little Rock High School’s Cruz Carter and Sylvan Hills High School’s Omari Hervey. The two football players overcame their battles with Acute Myeloid Leukemia. Football provided them with a goal to overcome their condition as well as providing them with a support team. Forming an unbreakable bond, the two can often be seen together roaming the halls of Arkansas Children’s Hospital, inspiring others to continue their fight against cancer and helping lift the spirits of those patients in need.